The Dark Truth Behind Fast Fashion

The Wall Street Journal reports that the average person will buy sixty-eight garments and only wear each one about seven times before getting rid of it.  With millions of clothing pieces made and shipped each day, and at affordable prices shopping for new clothes has never been more convenient in today’s industrial age.

Before the 1960s, fashion seasons were created around the four seasons, (Winter, Spring, Summer and Fall) with designers working seasons ahead trying to predict the various styles people will be wearing.  This method was easy because at the time, “trendy” fashion pieces were reserved for upper class citizens who could afford expensive clothing.  However after the 1960s, more middle and lower class people started participating in fashion trends, causing a higher demand for more and cheaper clothes.  This higher demand resulted in importation of goods from other countries so they could pay workers a lower wage.  By 2014, brands were creating up to fifty-two “micro-seasons” each year, essentially creating a new line of clothing every week.  This kind of demand for clothing results in incidents like the Rana Plaza Garment factory collapsing in Bangladesh, killing 1,100 people and injuring many more.  With workers forced to create millions of textiles a week while barely making enough money to survive in the lowest quality environments possible, it results in many injuries and incidents.

A Nike sweatshop located in China, many children forced to work 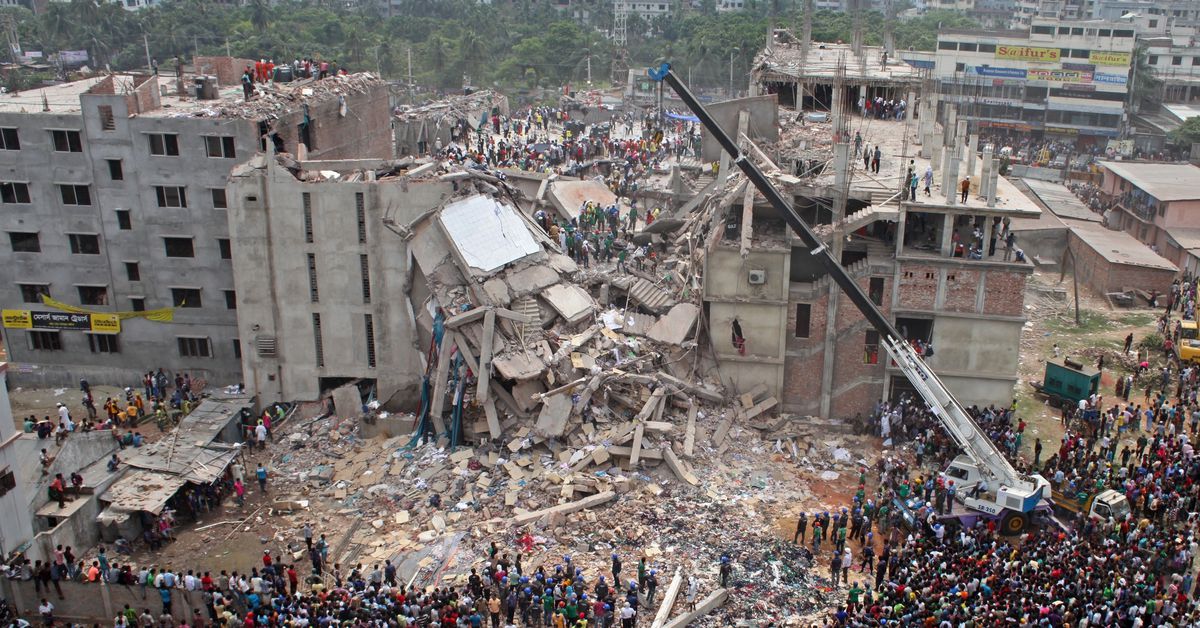 The Rana Plaza Sweatshop factory collapse in 2013 killing around 1,100 people

Besides unsafe working conditions, fast fashion has a tremendous impact on the environment as well.  The United Nations Environment program reports that ten percent of global greenhouse gas emissions occur because of the clothing industry. According to Earth.org, one shirt takes about 700 gallons of water to produce and a pair of jeans takes about 2,000 gallons.  This results in many dried up rivers and waterways in countries that produce the clothing.  The water that does remain is often polluted by textile dyes that leak into these rivers and streams, creating toxic water that is unsafe to drink or bathe in.  The materials used to create textiles are often synthetic fabrics including nylon, polyester, and acrylic, which take hundreds of years to fully break down.  A 2017 report by the IUCN shows that around thirty-five percent of microplastics found in the ocean are a result of textiles made with these synthetic fabrics.  Microplastics are pieces of plastic that haven’t broken down completely, but rather in tiny pieces that end up in our oceans eventually being consumed by fish and other ocean creatures. 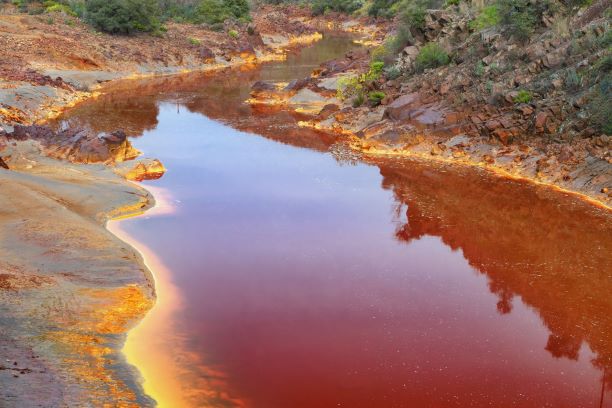 A river in Bangladesh polluted with dyes from textile production

The tremendous impact of fast fashion is undeniable. It forces many people to work in unsafe and inhumane conditions and is a major contributor to ocean pollution and global warming.  With the uprising of social media creating new trends resulting in many feeling the need to buy, the impacts the fashion industry makes will just keep growing until it results in irreversible consequences.